The strong winds were persisting, so we continued south, if Plett didn’t have anything to offer we could always hit the trails in Harkerville just outside Knysna. 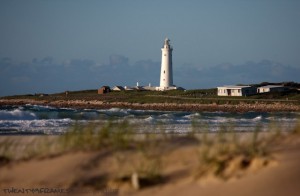 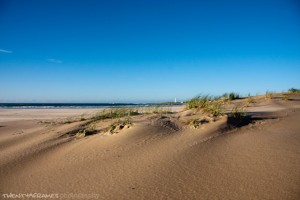 The cross winds were blowing the van around and gave us one or two anxious moments coming over the spectacular bridges around natures valley, fortunately they had back off by Plett but the seas were still quiet lumpy and we decided to go for a mountain bike instead and hopefully get a wave in Vic Bay later in the day. 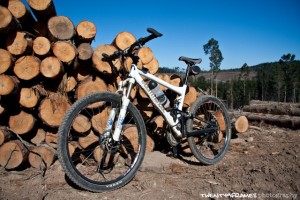 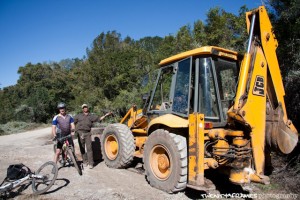 I last rode the trails in Harkerville about 7 years ago, but remembered it to have some awesome single track through a lush forest. Only the longer red route was open due to logging in the forest but a forestry bulldozer park in front of the route marker sent us on an 8 km detour right into the heart of the logging. 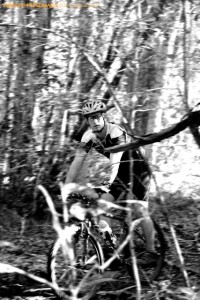 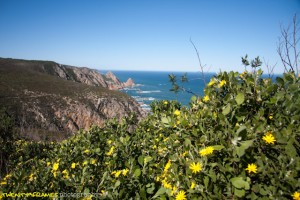 We eventually got onto the right trail and rode some great single track before coming out right on the cliffs above the Indian ocean.

After some long slog climbs we eventually made it back to the van, only to discover that I had some how lost the van key, mostly likely falling out the bag during one of my photo stops. After lugging the scooter around the entire trip, it finally came in handy. I figured I would definitly get arrested if I went to look for the key on the MX bike and we were to exhausted to even think of retracing our step on the bikes. I managed to break in to the van and set off into the forest for some scootercross. 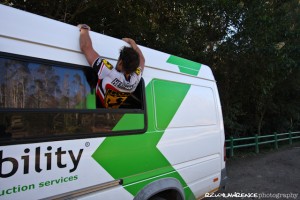 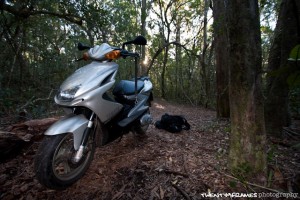 I have a thing with this key that it always comes back to me and once again 14 kilometers into the forest it lay in wait for me. I think finding it was one of the highlights of this trip but we had spend to long in the forest and a surf at Vic was out the question.

Thanks for coming Rick!